wHY Architecture reveals design for opera house in Russia

Tchaikovsky Academic Opera and Ballet Theatre by wHY Architecture will be built on the bank of the Kama River in Perm, Russia, near the Ural mountains.

Tchaikovsky Academic Opera and Ballet Theatre by wHY Architecture will be built on the bank of the Kama River in Perm, Russia, near the Ural mountains.

Perm is one of Russia's famous ballet centres, after Moscow and St Petersburg.

American studio wHY Architecture has designed a theatre with wrap-around glazing that will give views over the landscape, and allow the public to see in.

An undulating roof and curving glass facade is intended to invoke the flowing movement of the dancers who will perform there.

Copper-coloured elements will reference the ancient history of copper mining in the Kalargy region, a geologically rich area in the southern Urals of Russia.

A sweep of amphitheatre-style steps will lead up to the Tchaikovsky Academic Opera and Ballet Theatre, which will be designed by wHY Architecture's Landscape Workshop.

Inside the opera house, a series of ramps and walkways will lead to different theatres and out to pathways through the outdoor areas.

Renders released by the studio show a rippling ceiling made from wooden panels cut like contours on a map and chandeliers with pendants dropping down from the ceiling through cuts in the floor plate.

The existing Perm Opera and Ballet Theatre in the city is one of the country's earliest, dating from 1870 and is home to one of Russia's most popular ballet troupes. Russian composer Pyotr Ilyich Tchaikovsky was born in the region.

wHY Architecture was founded in 2004 by Thai architect Kulapat Yantrasast and has offices in New York and Los Angeles.

The architecture studio has worked on several other arts projects, including the Speed Art Museum in Louisville, Kentucky, and an events pavilion overlooked by Edinburgh Castle in Scotland. wHy Architecture also designed an immersive tent for Los Angeles' first Frieze Art Fair. 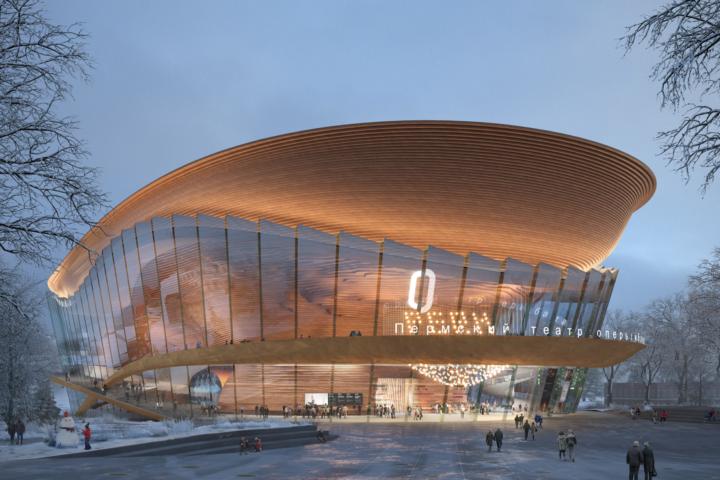 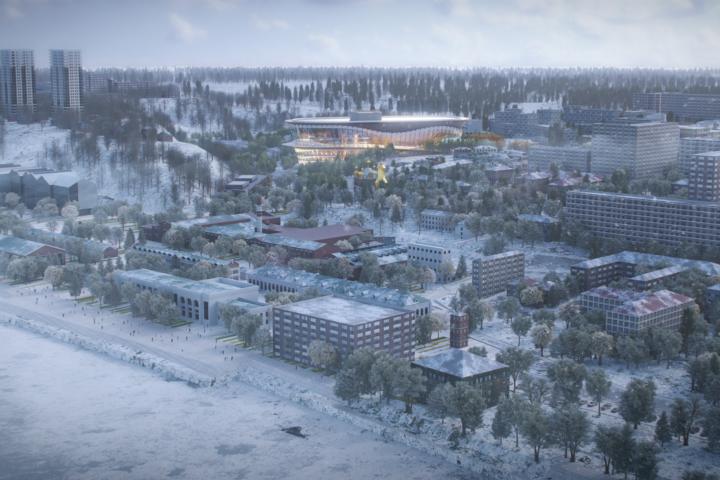 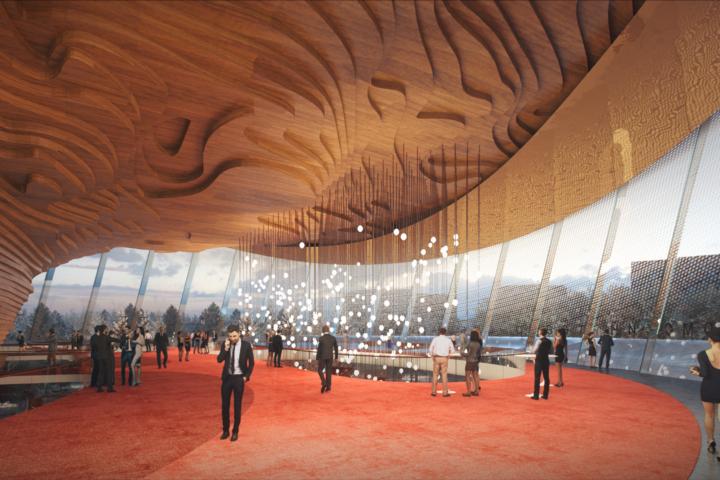 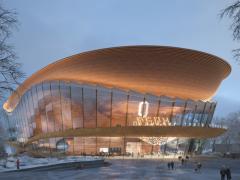 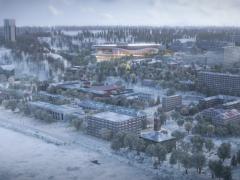 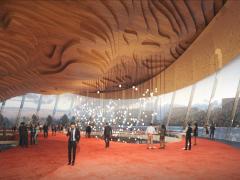